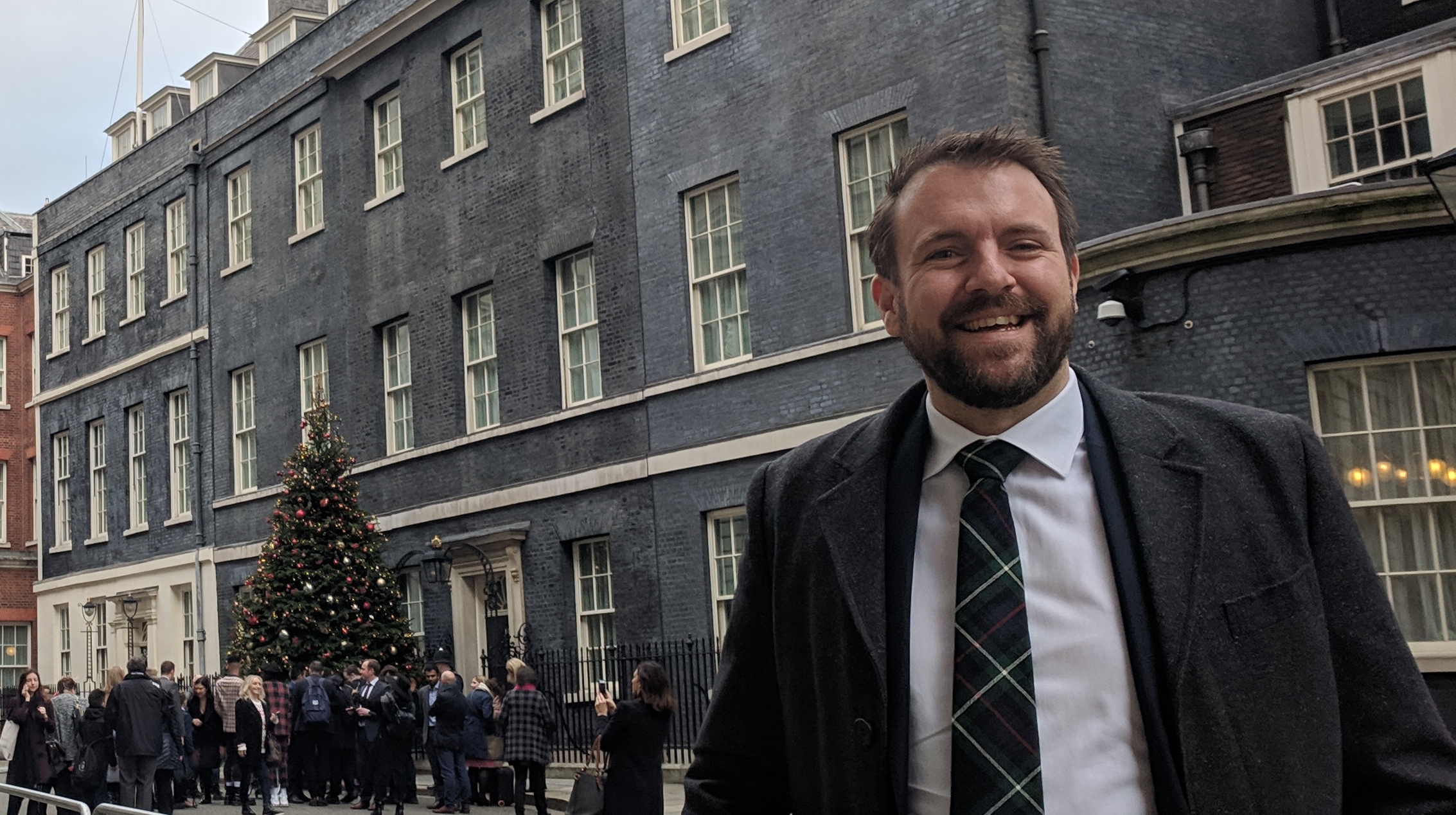 Blog Page
Back to blog

Several hours before the Prime Minister called off tomorrow’s vote on her Brexit Withdrawal Agreement, I attended a meeting at 10 Downing Street with Kelly Tolhurst MP, the UK’s Minister for Small Business, and around 30 other leaders from businesses across the UK to discuss the thorny issue in person.

There had been no noise about Theresa May’s decision to postpone the vote by the time I made my way through Downing Street’s extensive security checks and handed in my phone, iPad and smartwatch at the doors of number 10 (where they were held safely under the extensive protection of several armed police officers and Larry, the Downing Street cat).

For a more detailed view on what was discussed please read the Enterprise Nation blog. In short, the room wanted certainty over what happens next, particularly around workers’ rights, funding and currency issues. The Minister spoke about how the Withdrawal Agreement, once agreed, would provide certainty while officials worked through the implementation period.

She also encouraged us to lobby our own MPs, something only a handful of us had done already, to get behind the Prime Minister’s deal. It is a subject that I’ve given a great deal of thought to over the past few days.

Despite the EU’s imperfections, I’ve never liked the idea of leaving it. I voted remain because I believe that people (and nations) work better in partnership, and through my work with Cornwall’s economic development initiatives over the years I’ve seen at first hand how EU money has helped improve communities in the UK.

I also believe that it is far better to have a free and open trading relationship with the EU, which is the largest trading bloc in the world, than to throw it away in return for the mere possibility of new relationships with nations on the other side of the world. It is vital that we can continue to trade freely with our nearest neighbours.

Trump has said that he likes the idea of greater trade with the UK, but his actions doesn’t suggest a willingness to create free and open trading relationships with other countries. The President is, quite naturally, concerned with protecting US interests. To that end he’s entered into a trade war with China and forced Canada and Mexico to rip up and replace the North American Free Trade Agreement.

A more open trading relationship with the US could result in the UK being swamped with goods of a quality that aren’t allowed under EU rules (think chlorinated chicken), and relatively little goods and services flowing the other way.

So, at the moment, I’m torn between Theresa May’s Brexit deal and a no Brexit outcome that might possibly result from a second referendum.

Part of me thinks that remaining as a full EU member is the way to go, yet a second referendum certainly doesn’t guarantee that and the process would result in further uncertainty as a new Prime Minister (and possibly an entirely new Government) seeks to renegotiate a deal that the EU has already said it is unwilling to discuss further.

Another part of me thinks Theresa May’s Brexit deal may well be the best outcome in the circumstances. The deal is imperfect, but it is also pragmatic. Someone said to me recently that all good agreements between parties with different interests lie in the zone of mutual discomfort, this is no exception.

It also avoids the no-deal scenario, something that people with far greater knowledge of economic matters than I agree would be potentially catastrophic. It does, however, minimise the potential harm.

We’ve experienced a decade of slow growth and poor productivity since the financial crisis. In recent years much of that has been self-inflicted. Understanding the world we are moving into will allow companies to move on from cautious business as usual and make the investments in expansion, innovation and international trade needed to boost economic growth and productivity gains.

I asked what would happen next if the Prime Minister’s deal was rejected by MPs tomorrow. The Minister told me she couldn’t see a scenario in which no deal was achieved, as that would be devastating. On that point, I couldn’t agree more. Businesses need certainty, and for that we need pragmatism from politicians in Europe and Westminster alike.

This needs sorting once and for all.